Demeter-International General Assembly elected a new board and worked out  strategies for future development of standards, certification, training, marketing and policy activities.

21 years after its foundation, a major change is taking place: The pioneers Thomas Lüthi and Susanna Küffer stepped back from their functions. Thomas Lüthi was given the title of honorary president for his long term commitment. Throughout all these years as president he has been able to bring together the diverse certifying organisations which make up the global membership. Susanna Küffer received the title of Honorary Board member as she developed during her term in the Board of Demeter-International the administrative, trademark and lobby work sector across the entire organization.

The Sekem initiative is one example how this vision can become a reality towards supporting an agriculture of the future.

Demeter Switzerland was the host of this year’s Demeter-International Members’ Assembly and impressed the visitors with insights into the Biodynamic work in Switzerland. Best farm practice was to be seen at a Demeter farm working with a low tillage system and producing Swiss cheese which is mainly sold in the region. Research work at the Agricultural Section of the Goetheanum and at FiBL, especially the DOK-Trial which has compared Biodynamic, organic and conventional farming for 40 years, gave impulses for further discussions. Where future is made was also made visible with the explanations about Biodynamic plant breeding at Sativa Rheinau and the Biodynamic Farmers school Rheinau.

The assembly has adopted new Standards for Biodynamic breeding to enable the labelling of those products that support this crucial contribution to future seed diversity. Working groups discussed the future of the standards, certification, training, marketing and policy activities. It became visible what impressive work is already underway in various countries, for example in the training of farmers and other producers.

The Biodynamic Association India became a full member of Demeter-International , bringing the total now to 19 member and four guest member organisations. Altogether, more than 187.000 ha land are Demeter-certified 5387 farmers and an additional 979 processors are certified as complying with  Demeter/Biodynamic standards worldwide. 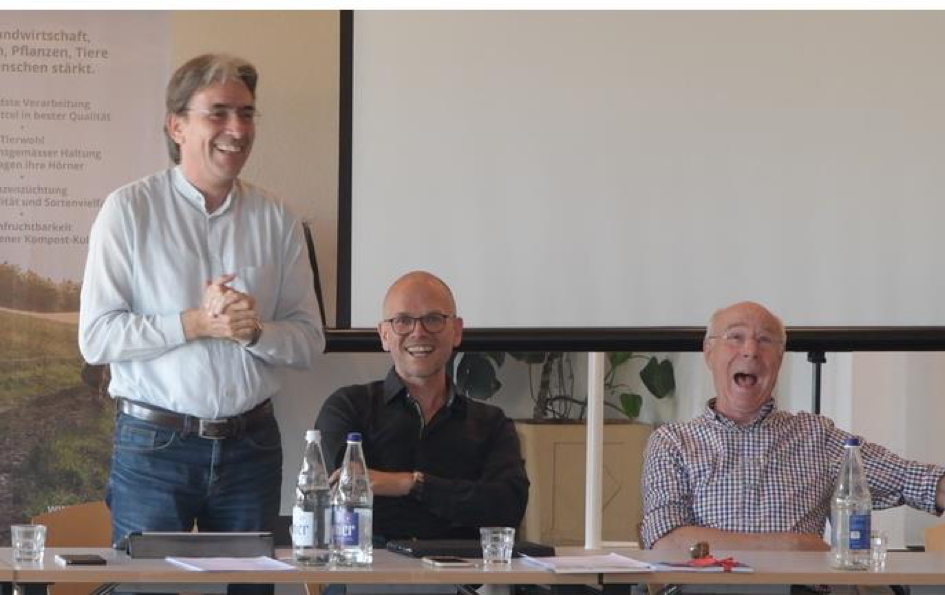